To purify the produced penicillin we had pursued different three protocol.

The third by using charcoal and V[14:2] from the ethyl acetate( for each 14 ml of the filtrate use 2 ml of ethyl acetate)

Then we have tested the filtrate when we had obtain a lot of contaminant.

For this reason the protocol was retried with the autoclaving of the liquid medium before adding the penicillium colony. Then the quantification will be tried.

We took a colony from the cultivated dish and we recultivate into another tryptone medium to obtain a pure strain that will be used below. 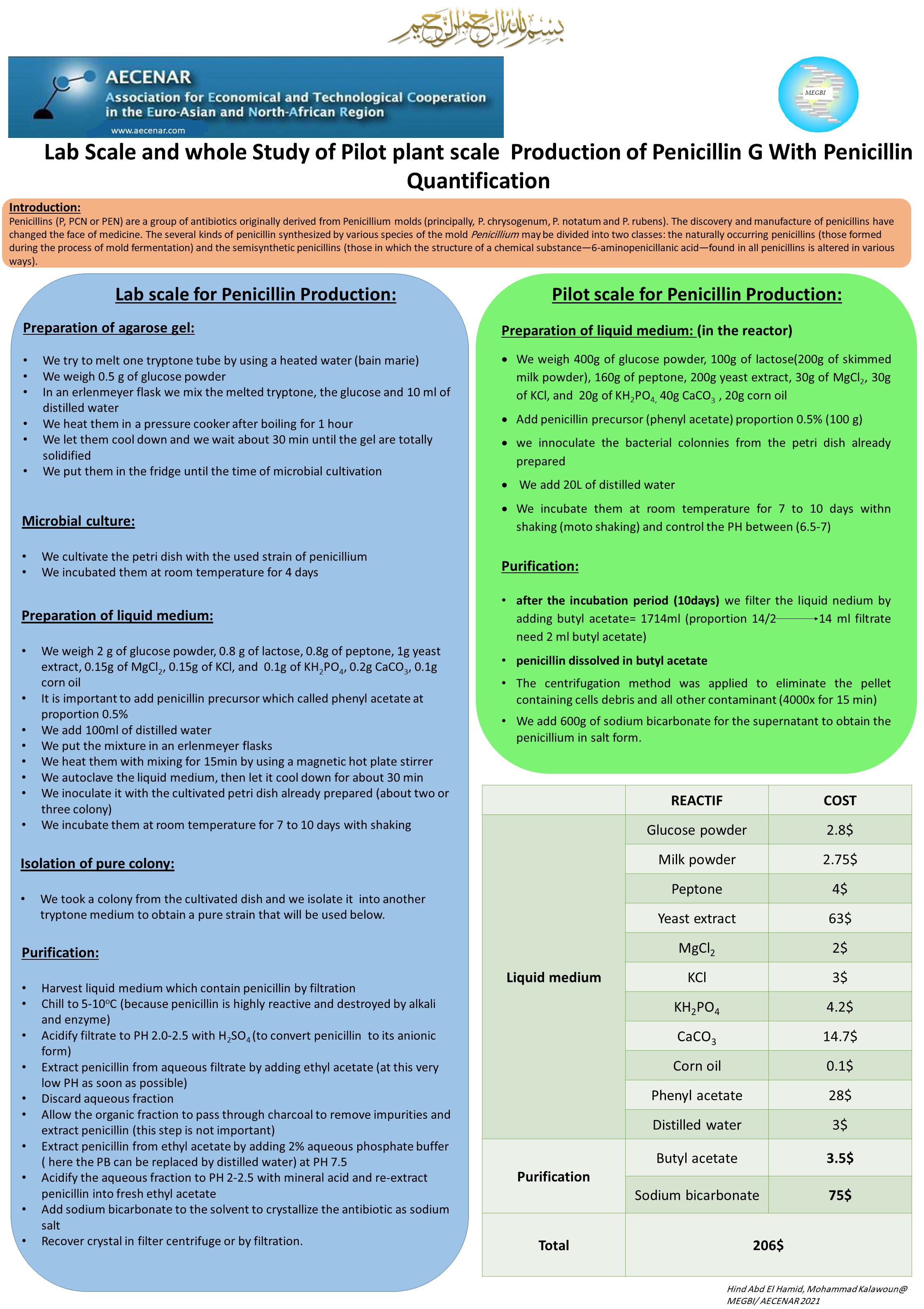